Emmanuel Sarkodie returned to full training today and there was positivity from the treatment room as three other players also stepped up their recovery in training today.

Emmanuel Sarkodie has recovered from the hamstring injury that has kept him out of the game for nearly three weeks and was involved in the squad's training activity at Adako Jachie today.

Solomon Sarfo Taylor, who is also recovering from a hamstring injury, spent over an hour jogging on the sidelines and going through muscle stretching exercises before he was ushered into an 11-aside internal game towards the end of the session. 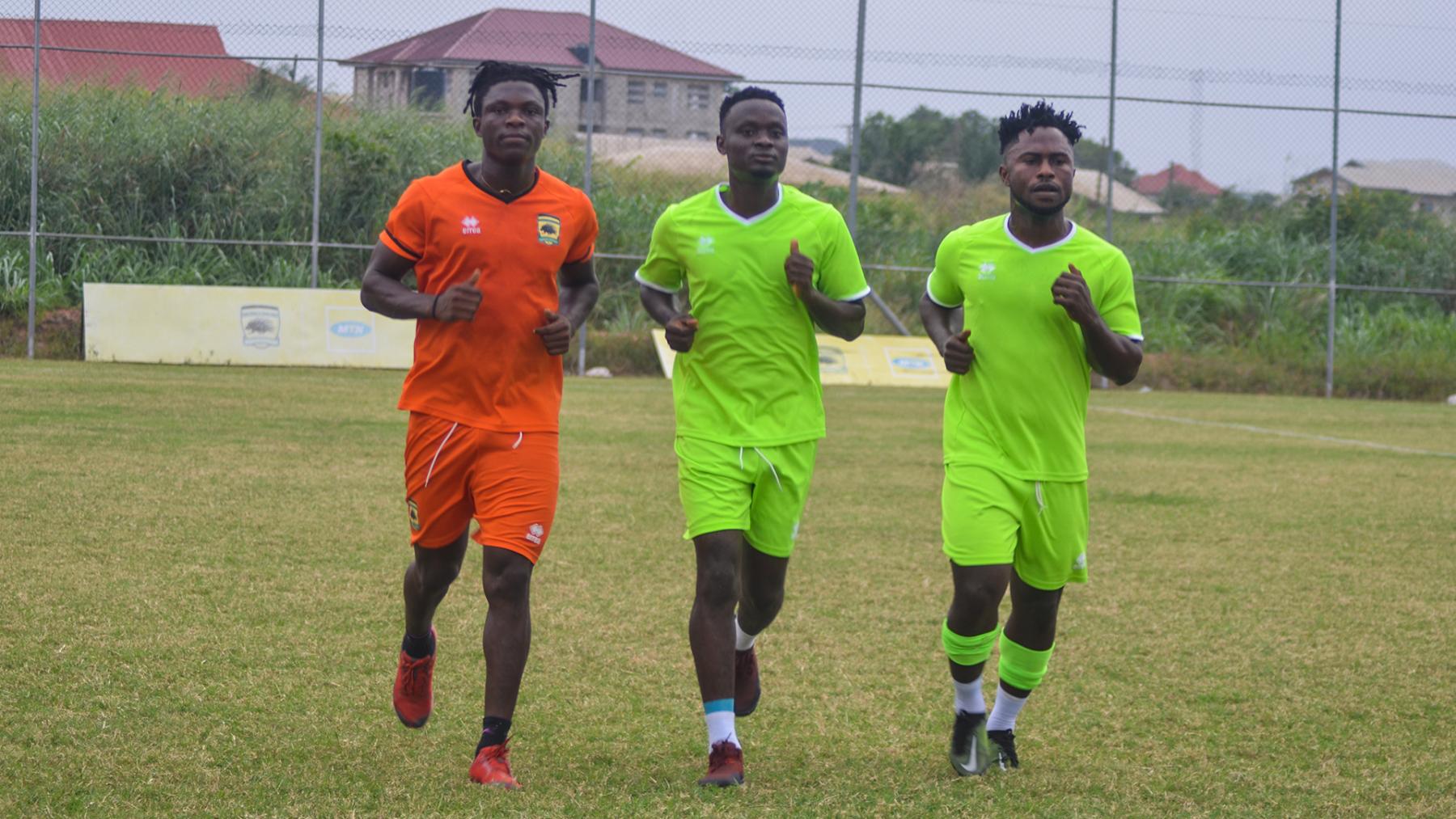 Martin Antwi is close to full fitness from.an ankle injury which he picked up at training three weeks ago.

The same could be said of Evans Adomako, who also showed glimpses of readiness after being out of the game for the past five months.

The striker also jogged and stretched for more than an hour, and his endurance level looked satisfactory.

Emmanuel Keyekeh, Kwame Adom Frimpong and Osman Ibrahim did not show up at training as they continue with their treatments at home.