Asante Kotoko's potential path to the final stage of this season's FA Cup has been made clearer, after the draws for the quarter-final and semi-final rounds were conducted today.

The Porcupines, who are the defending champions of the cup, secured a place in the quarter-final after beating cross-city lower-tier side, Asokwa Deportivo 2-1 at Len Clay Stadium in Obuasi in June 2020.

And it has now been confirmed that we will face top-flight side Berekum Chelsea in Obuasi at the quarter-final stage of the campaign.

It is a huge game, which is set to take place at our adopted home venue on the weekend of either July 24 or 25.

As there are no replays in this season's cup, the tie will be settled on the day with penalties should it end in a draw after regulations time.

Of course, we are no strangers to the side from the Bono Region, who scored a late-minute goal to draw 1-1 with us at home in the first round of the league in November 2020 but lost 2-0 in the reverse fixture at Len Clay in April 2021.

The Porcupines got to this stage of the campaign with a 2-0 away win at Bekwai Youth Football Academy in the Round 64 stage, beat Thunderbolt FC 3-1 away at the Round 32 before seeing off Deportivo in the quarters.

Berekum Chelsea also beat Steadfast FC 4-1 away and won 5-4 on penalties against Kintampo FC en route to this stage.

Should the Porcupines get past The Blues, a tie against either Ashantigold or Kintampo Top Talents awaits in the semi-final on a yet to be communicated date.

See the full draws below... 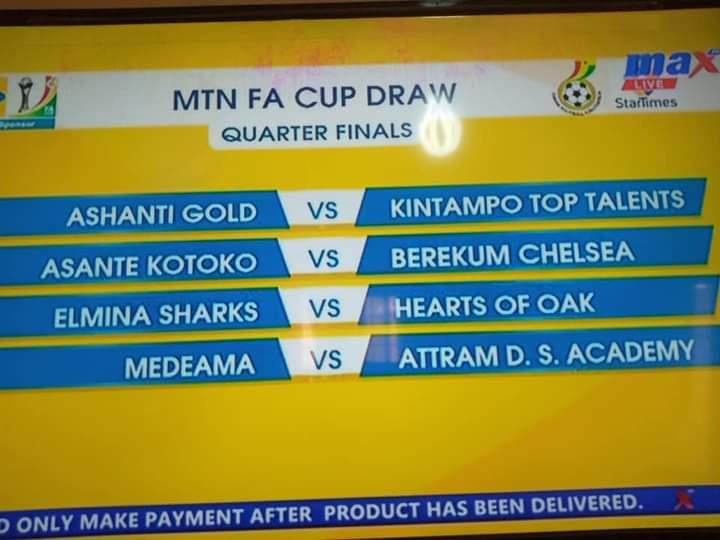 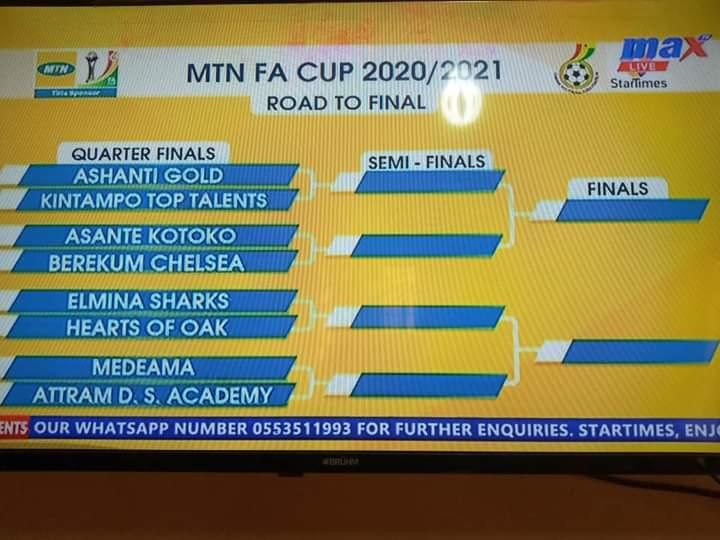