Issah Amadu has expressed gratitude to the Loyal Red Army Supporters group for rewarding him for his dedicated service to the club.

The Equipment Officer believes the citation and GHc2000 presented to him on Sunday him by the WhatsApp group based in the United States of America (USA) were part of the products of his service and sacrifice to Asante Kotoko.

Issah Amadu is one of the club's longest-serving technical personnel, working unofficially from the late 1980s to 1995 when he was made a permanent employee.

The Wenchi-born diehard Kotoko fan studied the equipment handling job from former officer Akwasi Ofosu before he was made the head of the unit in 2007. 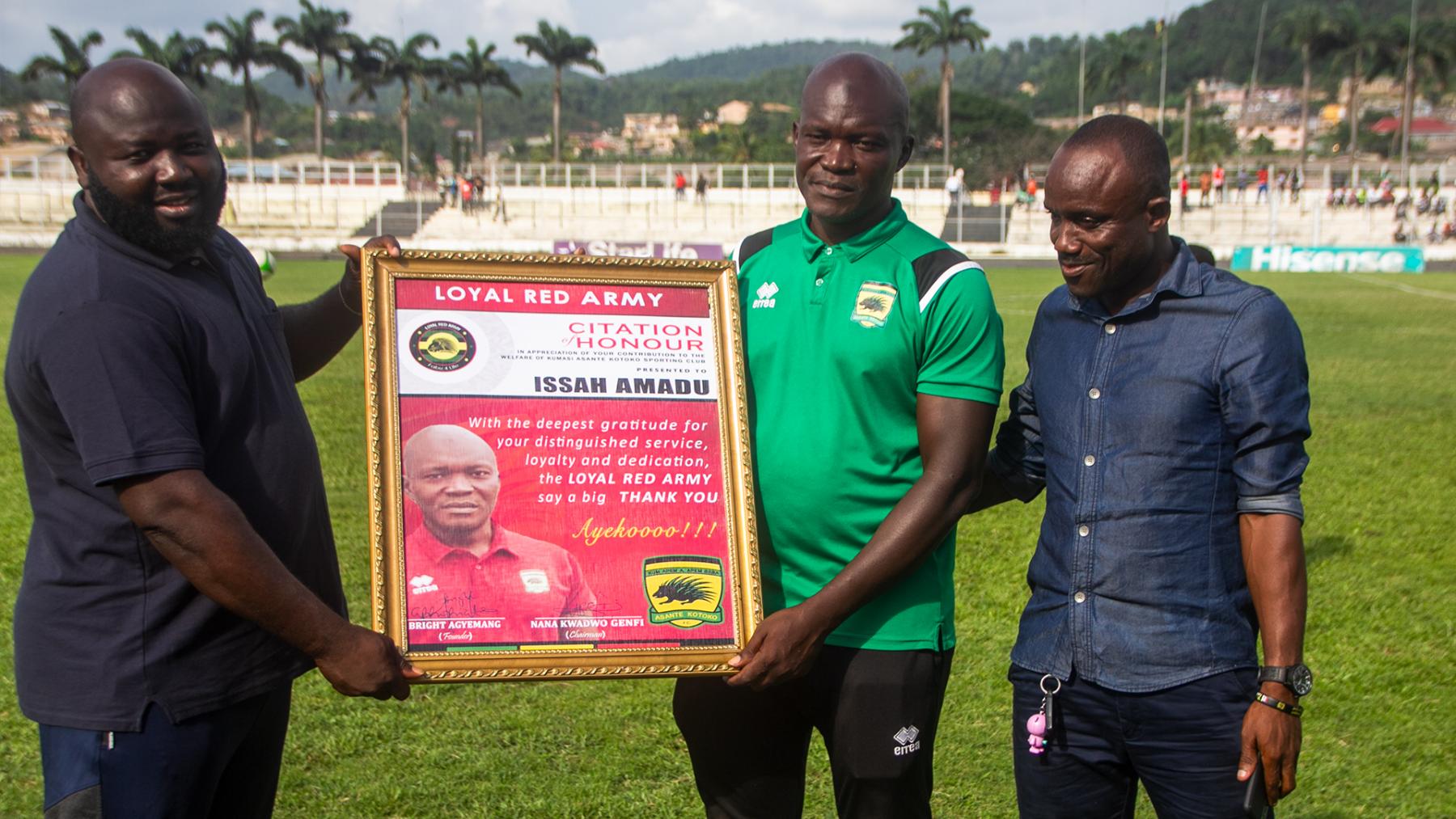 He has since been making sure that balls and match jerseys are in good shape and he is also the first Asante Kotoko face to appear from the dugout on matchdays as he carries the balls from the dressing room onto the pitch to prepare the grounds for our warmup sessions.

On Sunday, this selfless service was rewarded one more time at the sidelines of our Premier League game against Elmina Sharks, and he was all grateful.

"I am very grateful to Loyal Red Army WhatsApp group", Issah Amadu told us after receiving the rewards from George Forson (Big Joe) who did the honours on behalf of the group.

"These things drive me to tears. They remind me of my dedicated service to the club, reaffirm my love and increase my desire to even work harder knowing that my efforts would not go in vain."

Loyal Army Group has been very kind to the club this season.

Aside from providing financial support to some former players of the club, the supporters' group also hired buses to carry some of our fans to and from our games on match days.

They recently also donated two lawnmowers to the club at Adako Jachie.